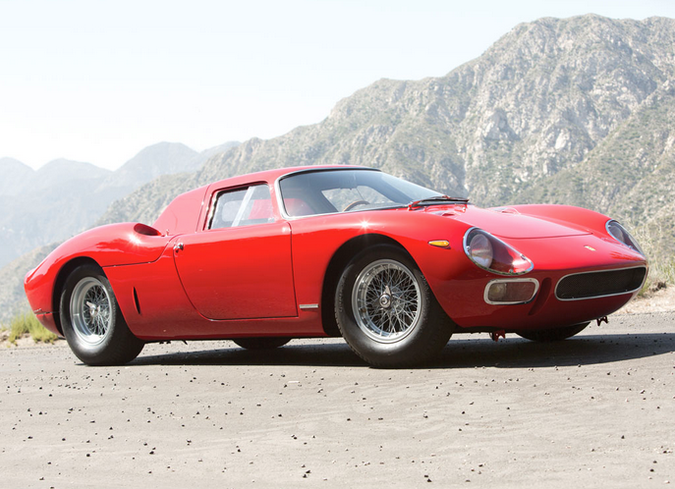 This 1964 Ferrari 250 LM Coupe was one of the top sellers at the Pebble Beach auctions, selling for nearly $ 11.6 million. Credit RM Auctions

A roundup of motoring news from the web:

■ Hagerty, the classic-car insurance company that tracked the various auctions held in conjunction with the 2014 Pebble Beach Concours d’Élégance, reported Monday that cumulative sales for the week stood at a record $ 399 million, up from $ 312 million last year (although that number might change as after-auction transactions were settled). The average sale price was up nearly $ 119,000, to $ 535,648, and the median sale price was up $ 27,500, to $ 99,000. Of the top 10 sales, nine were Ferraris from the 1950s and 1960s, with sale prices ranging from the 250 GTO Coupe that Bonhams sold for more than $ 38 million to the 1959 Ferrari 250 SI Cabriolet Gooding sold for $ 5.6 million. (Hagerty)

■ In other classic-car auction-related news, a 1974 Lamborghini Countach LP400 Periscopica sold for $ 1.87 million at Gooding’s Pebble Beach auction, breaking the public auction sale price record for Countachs for the third time this summer. Another Periscopica had sold for $ 1.21 million at Bonhams’ auction in Greenwich, Conn., in June, and another sold for more than $ 1.6 million at Bonhams’ sale at the Goodwood Festival of Speed in England at the end of June. (Hemmings Daily)

■ Ford backed up its promise that the redesigned Mustang would be a global car, announcing this week the introduction of the right-hand-drive version of the 2015 Mustang. The left-hand-drive model is scheduled to go on sale in the United States this fall, and Ford says it plans to sell Mustangs in more than 110 countries, including Britain, Australia, India and other places that use right-hand-drive vehicles. (Motor Authority)

■ Reid Bigland, Chrysler’s head of sales in the United States, has been named to lead Alfa Romeo as the Italian brand re-enters the North American market for the first time since 1996, the automaker announced this week. Mr. Bigland will also continue serving as head of Chrysler’s operations in Canada, a position he has held since he joined the company in 2006. (Reuters)

■ National Electric Vehicle Sweden, the Chinese-owned company that controls Saab, is on the lookout for a partner as it tries to revive the Swedish marque, the automaker told Automotive News in an interview this week. In May, National Electric Vehicle Sweden ran short of money to pay suppliers and stopped its six-car-per-day operation at its factory in Sweden. (Automotive News, subscription required)

■ Wilfried Porth, a board member for human resources for Daimler, said last week that about 100,000 of the company’s employees would have the option to set their email accounts to “Mail on Holiday” while they were on vacation. The option deletes incoming emails and refers the sender to alternate addresses so that employees can return to work to find their mailboxes empty. (The Atlantic)